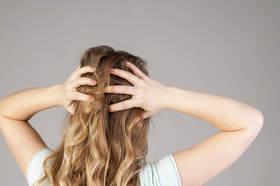 Many patients come to our Cedar Park chiropractic clinic for their migraines. Most of them have tried different methods, but none seem to succeed in stopping their migraines from reoccurring. If you are one of those people who suffer from migraines, we understand your predicament. Migraines can be debilitating to the extent that it can affect all areas of your life.

Although medical doctors are still unsure of the exact cause of migraines, chiropractic researchers have known for a long time that the alignment of the spine can be an important factor in patients with head pain. Later in this article, we will explain how a science-backed method has been providing relief for thousands of migraine sufferers. First, let’s talk more about migraines and the hallmark symptoms of this neurological condition.

Warning Signs and Symptoms of Migraines

Migraines bring about primary headaches (rather than secondary) as they do not occur due to another illness or condition such as a brain tumor. You may experience the headache on either side of your head. Some people experience head pain on both sides. The intensity of pain ranges from moderate to severe and can get in the way of your normal daily activities. Most of the time, it helps to lie down in a cold, dark room for a rest. Some of the characteristics of migraines are as follows: 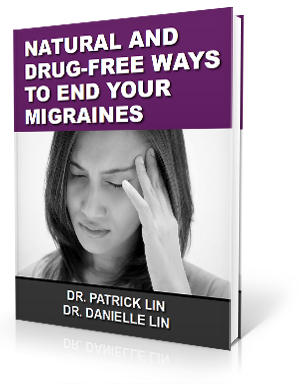 Scientists Discovered a Migraine “Generator” in the Brain

Years ago, scientists conducted a study on nine migraine patients. They used brain scans to monitor brain activity within six hours of the onset of a migraine episode. The scans revealed there was likely a migraine “generator” in the region where the brainstem meets the midbrain. It is possible that head pain occur because the generator loses control over the area of the brainstem regulating the pain perception and the contraction of blood vessels. Overactivity of these parts may result in migraines. They found that the generator continues to strike even after a migraine has subsided. This is possibly the cause of tiredness among patients who feel as if they are still suffering from an attack even after a migraine episode.

Furthermore, patients took sumatriptan, an anti-migraine medication. After taking the pill, their symptoms were relieved, but the brainstem overactivity continued. Doctors see this as the possible reason why, in some people, headaches come back after 4 to 6 hours of taking sumatriptan. This is the case for about 20 to 30 percent of migraine patients. Why is this so? Sumatriptan does not affect the activity of the brainstem, and it can only alleviate pain outside the brain.

Another Fascinating Research Study About Migraines

Other research has exposed more vital information on the contributors to migraine pain.

Activation of the Trigeminal Nerve

The trigeminal nerve, the main sensory nerve of the head and face and a main channel of pain, is activated during a migraine. The nerve endings then release neuropeptides, inflammatory chemicals, leading to irritation of nerves and dilation of blood vessels, resulting in pain.

Changes in the Electrical Activity of the Brain

This causes dizziness, extreme tiredness, and inability to concentrate. Some people have a flu-like feeling since the brain is in an uproar during a migraine attack.

Blood flow also changes concerning the brain’s cortex and brainstem during migraines. The brain’s activity remains high throughout this time. An area of the brainstem regulates serotonin, which can contribute to migraines.

Decreased Blood Flow to the Occipital Area of the Brain

This is most likely the reason for the presence of visual symptoms during a migraine. Reduction of blood flow may last for a few hours, along with the changes in the electrical activity of the brain.

A Natural, Science-Backed Solution to Migraines

Changes are happening in the brain and brainstem during a migraine, and these should be considered when looking for migraine relief. One thing that plays a role in these changes is a misalignment in the bones of the upper cervical spine, particularly the C1 and C2.

How a Neck Misalignment Brings Migraines

When a misalignment occurs in this area of the neck, it can affect the body in different ways. For one thing, it blocks the blood and cerebrospinal fluid from leaving or entering the brain in the proper amounts. This can lead to intracranial pressure that irritates nerves or reduces adequate blood flow to some regions of the brain. Either of these can cause migraines.

The brainstem also receives undue pressure when the top neck bones are misaligned. These bones are supposed to protect the brainstem, but injury makes them do the opposite. If the brainstem is under stress, it may relay improper signals to the brain. This is another contributing factor to migraine pain.

Another study involved 101 migraine patients. These patients had a subluxation (misalignment) in the bones of the upper cervical spine. For eight months, each of these patients received upper cervical chiropractic care as needed to ensure the alignment of the bones of their upper neck. About 85 of them saw the complete resolution of their head pain. The rest reported a huge improvement in the severity and frequency of their migraines.

Here at Symmetry Health Chiropractic Center in Cedar Park, Texas, we use a similar method as the one used in the study mentioned above. We employ a gentle and effective technique to help realign the bones of the neck naturally. Once the misalignment is corrected, patients can see their migraines improve significantly or go away entirely.