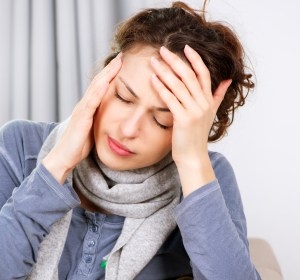 Migraine headaches are primary headache disorders that include recurrent head pain ranging from moderate to severe. A few other symptoms are as follows:

Who Is More at Risk for Migraines?

Migraines are more likely to affect you if the following factors apply to you:

Approximately 15% of people across the world suffer from migraines. For most people, they develop migraines around the time they hit puberty, only to have them increase in middle age. For some women the condition improves after menopause. There are cases of migraines recorded as far back as 1500 BCE. This ancient condition persists in today’s population. 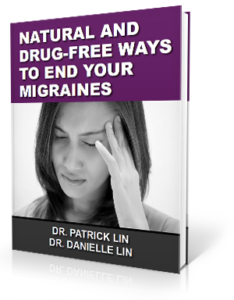 Typically for migraines, doctors will recommend an over-the-counter medication such as ibuprofen or Tylenol (acetaminophen) for their patients. Sometimes they will also include a medication for any nausea symptoms that accompany the migraines. When these options don’t work, triptans or ergotamines will more than likely be tried, possibly with caffeine. Some other medications that are popularly used are valproate, topiramate, and metoprolol. An important thing to remember about these medications is that even though they do provide a measure of relief, they are only treating the symptoms until the pain goes away. Migraines will most likely recur unless the underlying cause is addressed.

The Four Phases to Migraines

There are four phases to a migraine that can happen during an episode, but all four are not always a part of an episode. Here is a closer look at each one so you can understand what may be happening to you before, during, and after a migraine.

Of people who get migraines, about 60% experience prodromal or premonitory symptoms related to this phase. The symptoms may start two hours to two days before a migraine actually begins. The symptoms of this phase, which may or may not include an aura, can include the following:

An aura is a certain set of symptoms that happen gradually over a few minutes and will usually last around an hour before the actual headache hits. Symptoms can be several types:

Of the previous list of symptoms, visual is the most common and fits the following descriptors:

Next, sensory auras come up as the second most common:

When head pain occurs, it is usually on one side and moderate to severe in intensity. Physical activity can make it worse, and in at least 40% of cases, pain happens on both sides and also includes neck pain. For those who do not have an aura, bilateral pain is more common. Other symptoms include the following:

This phase follows the head pain phase and is often reported as feeling like a “hang over”. Other symptoms include those listed below:

What is strange is the vast difference in how people feel after a migraine, ranging from feeling very happy and rested to utterly depressed and in a malaise. This can even alternate for the same person at different times.

What Can Be Done for Migraines?

In the search for why migraines happen, in several cases that were researched, doctors found a link to a misalignment in the bones of the upper cervical spine, specifically in the C1 and C2 vertebrae. How do misalignments happen here? It could be from minor or major trauma, such as from car accidents that result in whiplash. Other causes are traumas that include a hit to the head or neck, which commonly happens in sporting accidents or even trip and fall incidents.

When this area of the spine is out of alignment, it places pressure and stress on the brainstem, which is located in the same vicinity. This can cause the sending of inaccurate signals to the brain about oxygen supply and pain, thus leading to a migraine. Another cause can be nerves and blood vessels being negatively impacted in the neck.

Here at Symmetry Health Chiropractic Center in Cedar Park, Texas, we provide migraine relief for our patients by using a gentle, precise method that encourages the bones of the neck to realign. We do not force by twisting or popping the spine or neck. We administer a more natural technique that supports the body’s natural healing process surrounding the correction. Our adjustments are designed to be long-lasting. Many of our migraine patients and those in case studies report improvements in their symptoms in as few as one or two adjustments.